My weight history is not unique. I was an average weight child, for the most part, but I do remember being embarrassed about being dragged to the “Husky” section of the boys department in Sears. Even as a child I knew that it was a code word for “fat boys,” and something to be avoided.

Through early adulthood, I managed my weight by being active. I had physical jobs and an outdoor lifestyle. Then, like many others, I suffered a series of physical injuries, which led to declining activity levels. I made things worse by making poor lifestyle decisions, which accelerated my weight gain.

By the time I was fifty, I felt like an old man. I had already been through numerous orthopedic surgeries, and I was taking a fistful of prescriptions every day (actual photo of my meds!)

The really sad part is… I had accepted it.

Now up until this point, my story is relatively common. It gets more interesting when you consider the fact that I had already founded betterMD, a medical weight management company, and we had successfully helped thousands of patients lose weight.

My “do as I say, not as I do” lifestyle made me a world-class hypocrite. I was coaching new patients to eat better, exercise regularly and do the hard work of changing their lifestyles. But was I doing it? Not so much!

Don’t get me wrong, I had lost thirty to forty pounds on more than one occasion by following a very low calorie diet. However, even with all my knowlege and experience, I always regained more weight than I lost.

My weight gain continued and my health suffered, but worse…

I had accepted this as a life sentence that would never change.

We are all capable of making better choices, which can lead to lasting change.

This became clear to me in 2016, when I chose to quit drinking. I had battled with alcohol (and suffered because of it) for many years. My recovery is an amazing and ongoing blessing, but that’s a story for another day. I use this milestone to mark the turning point in my weight control journey for several reasons:

I am five and a half feet tall and my highest weight was 248 pounds. When I decided it was time to take action, I realized if I wanted a different outcome, I was going to need a new approach. In the past, Very Low Calorie Diet (VLCD) plans had worked well for losing weight quickly, but not so well for keeping my weight off.

The challenge was how to achieve:

I managed the first phase of my journey without too much struggle, since I had successfully used meal replacements many times before… I zipped through the first couple months averaging twenty pounds of weight loss a month. Now, that is highly motivating!

It was at this point, down forty pounds, that I made an important discovery. I was starting to get what I refer to as, “diet fatigue,” which was historically the point at which I would stop dieting and try to “eat healthy.” To be honest, this was usually the point at which my weight loss ended and the weight gain would begin.

I decided that instead of cutting back on meal replacements, I would modify my plan by adding more fresh, whole foods, and a lean, portion-controlled meal.

I found that even at this higher calorie level, my weight loss continued to average around ten pounds a month. Even more surprising, I discovered that my feelings of “missing out” and “self-denial” faded quickly. I learned what worked for me, and how to fit my plan into my daily life.

Over time, as I lost another sixty pounds I made another set of discoveries. My taste preferences were shifting. I found myself enjoying fresh foods more and this led to another important observation:

Making good nutrition choices crowds out the poor ones.

This part of my journey was pleasant. I felt better most all the time. I kept betterMD shakes and nutrition bars on hand and I tried to take something every 2 hours. As long as I spaced my nutrition evenly throughout the day, it seemed effortless. It was like being on auto-pilot. And if I had a slip, I could shake it off and go right back to my routine.

As I continued to lose weight I began to focus on fitness. My physical capabilities increased steadily, and I was able to rehab decades-old injuries, specifically the ankle and knee of my right leg. This enabled me to do things I hadn’t done for many years, things I had given up hope of ever doing again…

…and the more I moved, the better I felt.

…SUPER BONUS – By this point I was no longer taking any of the medication in the picture above! The good feelings I got from each small win seemed to fuel a positive upward spiral, which was a welcome change from my usual pattern of yo-yo dieting. After losing 100 pounds, I was nervous about changing the plan that helped me lose so much weight so easily. I was determined to figure out how to adapt my simple plan to achieve long-term weight control.

Then it struck me…

I didn’t need to modify my plan as much as I needed to change the way I was looking at it. As long as I continued using betterMD products, I could be selective in my food choices without being undernourished—or hungry!

By this time I had found a long list a healthy, fresh foods I liked and I had a routine that was easy for me to follow. I was getting optimum daily nutrition and I felt good, but it was time to add more calories back into my daily plan.

I started mixing my betterMD shakes with almond milk, skim milk, and eventually 2% Milk. I added MCT oil and ghee to my morning coffee. I experimented with new recipes and healthy foods that I had avoided in the past. I tweaked my program on a frequent basis, following these guidelines:

Continue to use betterMD products for nutrition and hunger suppression

Avoid processed and packaged food as much as possible – EAT FRESH!

Be moderate in all things, easy does it.

My weight control plan continues to evolve as I learn new and exciting things in my daily life. This is a journey, not a destination… and I have decided that the only way I can fail is if I quit. So, I’m going to keep doing what works: I’m listening to my body and nourishing it, I’m taking better care of myself, and I’m feeling better!

My weight loss and the health improvements that came with it have been a blessing to me and my life has improved immeasurably. My journey is uniquely my own, but there are common challenges and obstacles we all face in weight loss. By sharing our stories and our support for each other, we can make a difference. 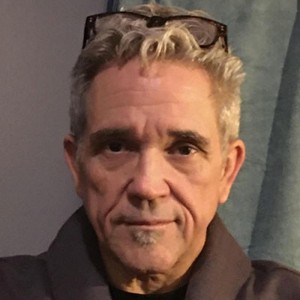 Mike is the founding partner at betterMD and he lost 100 pounds using betterMD meal replacements! He is excited to share his weight loss strategies with you!